All About Jazz: Walt Weiskopf “Overdrive”

Here’s a proposition for anyone who is about to plunk down their hard earned dollars on Steely Dan’s Jamalot Ever After Tour. For a mere fraction of the cost of a ticket you can invest in a copy of Overdrive, the recently released set of original music by Walt Weiskopf, the band’s longtime tenor saxophonist. A viable alternative to the pleasures of SD’s warhorses, the disc has a “greatest hits” vibe of its own. It’s a composite of the dozen or so records under his leadership released over the past twenty- five years. Weiskopf, who often uses down time during SD’s tours to work on compositions, continues to develop a recognizable, challenging and invigorating sound which incorporates disciplined musicianship, adventuresome structures, memorable melodies, and a tightly wound group concept that yields surprises, large and small.

The leader’s tenor sets the tone of most of the tracks, especially the compositions “Like Mike,” “Four Horsemen,” and a wicked section of “Midwinter Night’s Dream,” all of which sound like they were generated by the horn. Weiskopf partially offsets the galvanizing effect of his instrument by utilizing the comparatively sedate sounds of Behn Gillece’s vibraphone and Yotam Silberstein’s guitar. By allowing a limited number of solos on most of the cuts and keeping the improvisations (by today’s standards) relatively brief, he avoids disconnect between the heads and solos and steers clear of the longwinded quality that pervades many current jazz recordings. Another unifying factor is the presence of subtle, smartly placed, written figures behind the soloists during tracks such as “The Path Is Narrow,” “Overdrive,” and “Waltz For Dad.” Weiskopf evinces a tender, romantic streak on “Jewel And A Flower” and “What Are You Doing The Rest Of Your Life” (the only standard on the record). A jarring, no nonsense, blues sensibility fuels his heads and solos on “Night Vision” and “No Biz.”

As of this writing the only opportunity to hear Weiskopf on his own terms is a pair of dates at Smalls Jazz Club in New York City in mid- December. Speaking as someone who can testify to the intensity of his live shows, I believe that Overdrive is a fitting substitute for the experience of sitting in close proximity and feeling his sound resonate through your nervous system. Not unlike the best jazz recordings, it works on a visceral level, and most importantly, it’s a brilliant representation of the breadth and depth of Weiskopf’s talent.

Track Listing: The Path Is Narrow; Like Mike; Jewel And A Flower; Night Vision; Overdrive; Waltz For Dad; Four Horsemen; Midwinter Night’s Dream; What Are You Doing The Rest Of Your Life?; No Biz. 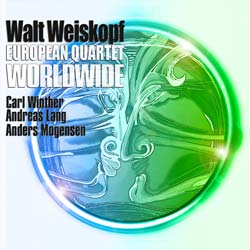 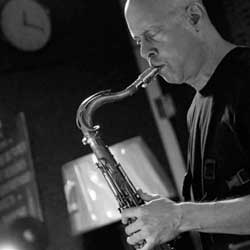 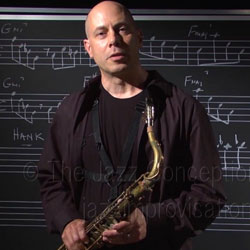